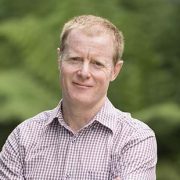 Jamie Rossjohn elected into the Fellowship of the Academy of Medical Sciences,...