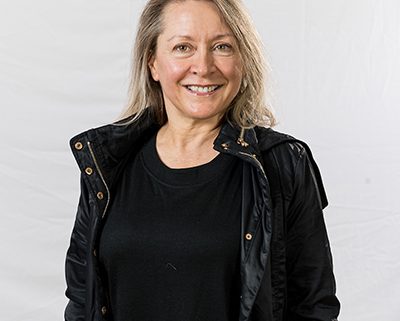 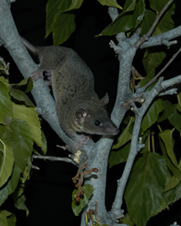 The immune systems of all vertebrates contain specialized cells, called T cells, that play a fundamental role in protecting against fungal, bacterial, parasitic and viral infections. T cells use ‘molecular sensors’ called T cell receptors (TCRs) on their surface that can detect and eliminate the invading pathogens. For most of the past four decades, it was considered that there were only two T cell lineages, αβ and γδ T cells, characterized by their cell surface expressed αβ and γδ TCRs, respectively.

In a paper published today in Science, an international team of scientists at the University of New Mexico (US), Monash University (Australia), and the US National Institutes of Health, has defined a novel T cell lineage, called γµ T cells, found only in marsupials (e.g. kangaroos and opossums) and monotremes (e.g. duckbill platypus).

Evidence for the γμ TCR came with the discovery of genes encoding the TCRμ protein whilst analyzing the first complete marsupial genome, that of the South American opossum Monodelphis domestica.  Oddly, distinct from conventional αβ and γδ TCRs, TCRμ was predicted to share similarity with the antibodies.

Using the Australian Synchrotron, the scientists at Monash University obtained a detailed three-dimensional image of the opossum γµTCR architecture that was unique and distinct from αβ or γδ TCRs. Noteworthy was the presence of an additional single antibody-like segment called Vμ domain with an architecture resembling to nanobodies, a unique type of antibodies. This discovery raises the possibility that γμ T cells recognize pathogens using novel mechanisms, distinct from conventional T cells.

“The discovery of a nanobody like structure in the γμ TCR has the potential to expand the immunology ‘toolbox’. Indeed, nanobodies discovered in the camel family (e.g. alpacas) have recently attracted considerable interests for their development as research and diagnostic tools and more importantly as immunotherapeutics in humans to combat cancer and viral infections such as COVID-19. Marsupials may offer an alternative source of nanobodies, one that is smaller, easier and cheaper to maintain than llamas or alpacas.” said Monash University Dr Marcin Wegrecki from the Biomedicine Discovery Institute, co-first author on the paper.

“Our findings further illustrate the value of exploring the world’s biodiversity for novelty beyond the standard animal research models, such as laboratory mice. Modern genomic tools applied to many species have opened the door to the myriad of immunological solutions to fighting pathogens that evolution has produced.” said Prof Robert Miller from the University of New Mexico, co-lead author on the paper.

“Many in-roads have been made in understanding the immune systems of humans and mice leading to the development of novel immunotherapeutic approaches enabling humans to combat highly pathogenic viruses. However, much less is understood on how immunity operates in other species that, in some cases, have been decimated by wildlife diseases. Ultimately our work may guide the development of veterinary approaches (e.g. novel vaccines) that will contribute to wildlife conservation.” said Dr Jérôme Le Nours from Monash Biomedicine Discovery Institute, co-lead author on the paper.

“This is a prime example of curiosity driven science leading to unexpected and transformative findings.” Le Nours stated.

The research findings were a culmination of a 12-year project that involved a multidisciplinary collaborative effort and the support from the ARC Centre of Excellence in Advanced Molecular Imaging, and funding from the US National Science Foundation, the US National Institutes of Health and the Australian Research Council.