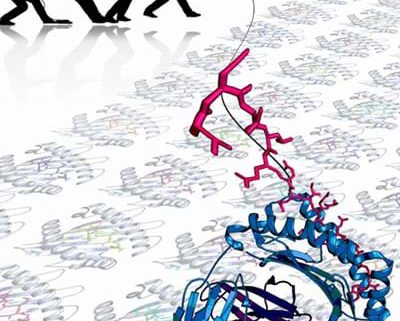 Published today in Nature Structural and Molecular Biology, the Monash-Cardiff team have made an important finding in understanding how HIV-I can evade the immune system.

They demonstrated, in molecular detail, how mutations within HIV can lead to differing ways in which key immune molecules, termed the Major Histocompatibility Complex (MHC), display fragments of the virus and how this results in the HIV remaining “hidden” from the immune system.

Principal author of the study, Dr Julian Vivian, said the team was yet to develop a complete understanding of how HIV outmanoeuvred our immune system. 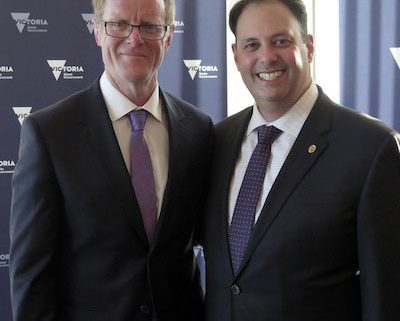 The Victoria Prize for Science and Innovation recognises the outstanding work of established Victorian scientists and the impact of their research.
Prof Jamie Rossjohn, of Monash University, and Prof James McCluskey, Deputy Vice-Chancellor (Research) at University of Melbourne, last night received the Victoria Prize for Science and Innovation for 15 years of pioneering work in understanding of how T lymphocytes from the immune system recognise harmful microbes.
Their research aims to build better vaccines, diagnosis and treatment of inflammatory bowel disease, peptic ulcers and tuberculosis. 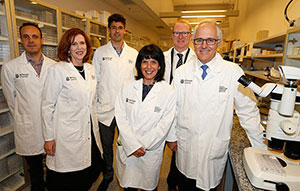 Monash University’s President and Vice-Chancellor, Professor Margaret Gardner AO, welcomed Prime Minister Turnbull to the launch of the Monash BDI, which brings together a collaborative research effort of great scale that will see more than 120 world-renowned research teams, 700 on site researchers,  clinical partners and industry working together. The Monash BDI will be located at Monash’s Clayton campus where it will form a key part of the innovation precinct delivering crucial economic and social benefits to Victoria and the nation.

NHMRC Australia Fellow, Professor Jamie Rossjohn, from the Biomedicine Discovery Institute, was announced as a recipient of the 2016 Australian Laureate Fellowship at a ceremony in Canberra on Friday.

This fellowship will help Professor Rossjohn to continue his research into how key immune recognition events enable immunity.

Professor Rossjohn said his project would be supported by the cross-disciplinary approaches within the ARC Centre of Excellence in Advanced Molecular Imaging, key platform technologies at Monash and the Australian Synchrotron.

“This recognition is always a consequence of a team effort – students and researchers of the laboratory, collaborators, and Monash University,” Professor Rossjohn said.

“I would like to acknowledge the support of the ARC team within the Monash Research Office – they were superb in ensuring my application was in the best possible shape,” he said.

Most recognised for his contributions to understanding the function and dysfunction of the immune system, Professor Rossjohn has provided profound insight into T-cell biology. He has used structural biology to explain T-cell development and pioneered our understanding of lipid-based immunity by T-cells, recently showing how vitamin B metabolites represent an entirely new and important target for the immune system.

The Minister for Education and Training, Simon Birmingham, on Friday announced the Australian Research Council Laureate Fellowships at the ceremony in Canberra.

“We must continue to encourage not only the brightest Australian minds to explore opportunities here, but also to attract the best from overseas to share their knowledge in Australia,” Senator Birmingham said.