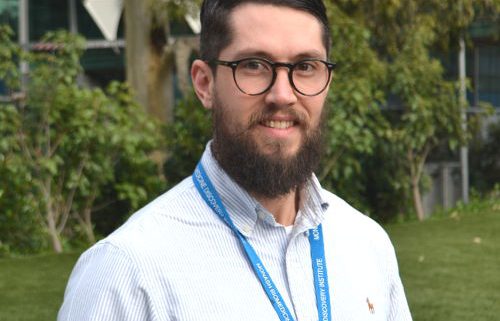 These awards will support outstanding early career researchers at key points in their careers. This opportunity allows them to continue to pursue their chosen research programs in areas as diverse as understanding gene regulation in prostate cancer, identifying the molecular determinants of immune cell recognition and treating antimicrobial resistant infections. 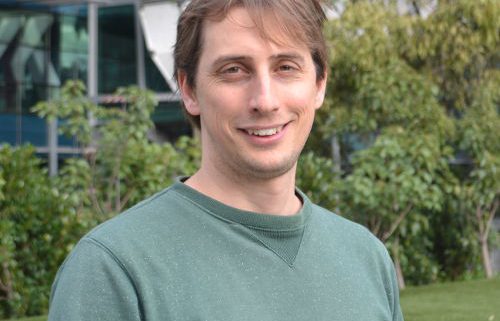 Minister for Health Martin Foley today announced the 21 recipients from the Victorian Cancer Agency’s latest grants round, who will share in more than $10 million in research grants to work on ground-breaking discoveries.

Dr Laura Forrest also from the Peter MacCallum Cancer Center is testing a new screening tool designed to identify the best support for people with genetic risk factors for cancer.

In Victoria, the five most common cancers are prostate, breast, bowel and lung cancer, and melanoma. Participating in cancer screening and finding cancer early, before any symptoms are noticed gives the best chance of survival.

More than 90 per cent of bowel cancers can be successfully treated if found early. All eligible Victorians aged 50-74 should screen every two years for bowel cancer by completing a free, at-home screening test sent in the mail.

Due to early detection and better treatment, more Victorian women are surviving breast cancer, with the five-year survival rate now at 91 per cent compared to 73 per cent in 1986. Eligible women aged 50-74 are invited to screen for breast cancer every two years.

Cervical cancer is one of the most preventable cancers with regular cervical screening tests for women aged 25-74 and the HPV vaccination.

As part of its dedication to cancer research, the Labor Government allocated a further $2.447 million in the 2020/21 State Budget to increase access to clinical trials and teletrials for regional patients.

Killer-cell receptors are central to immune surveillance, controlling both T cells and Natural Killer cells. Currently, exploiting Killer-cell receptors in the clinic is hampered by our lack of understanding of the extreme diversity of receptor and ligand pairings. I have recently provided a framework to decipher this receptor/ligand code and will apply this to bone marrow transplantation for the treatment of leukaemia. These studies will underpin the development of new strategies for donor/recipient matching and for the prophylaxis and treatment of cytomegalovirus reactivation in transplantation. 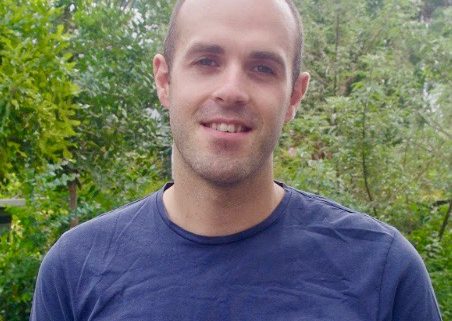 Unconventional T lymphocytes are a poorly understood component of the immune system but emerge very early in mammalian life. T cells are defined by their expression of a T cell receptor (TCR), however while the majority express diverse ab TCRs (‘conventional’), the remaining cells express either an alternative γδ TCR or a highly constrained ab TCR (‘unconventional’). The study of the developmental origins of human unconventional immune cells is an emerging and important area of basic research and discovery.

“The development of the immune system in early life is now thought to be critical to our response to immune challenges in adulthood, such as microbial infections. I aim to generate new knowledge in this area by using cutting-edge transcriptome analysis and cellular immunophenotyping at the single cell level to examine the seeding of unconventional immune cells,” Martin said.

“This project aims to advance our understanding of immune cell biology and the programs that control them, while significantly strengthening national excellence in unconventional immune cell research and providing innovative methodology,” he said. 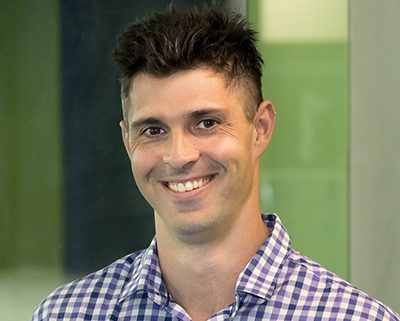 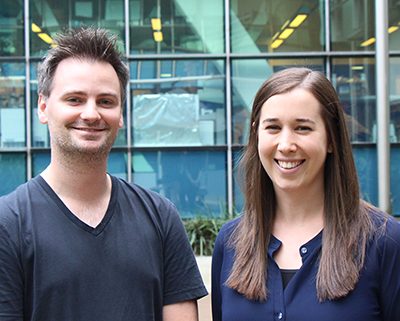 Two early career researchers (ECRs) from the Monash Biomedicine Discovery Institute (BDI) have received Fellowships from the Australian Society for Biochemistry and Molecular Biology (ASBMB), in recognition of their outstanding work in their field.

Congratulations to Dr Gabby Watson from the Rossjohn lab and Dr Chris Stubenrauch from the Lithgow lab.

Dr Gabby Watson’s postgraduate research utilised structural biology to design and characterise cyclic peptides targeted to an intracellular breast cancer protein, Grb7. This resulted in six publications, many as first-author, including two in the Journal of Medicinal Chemistry.

She is currently investigating the complexities and specificities of ligand recognition by the inhibitory receptor CD96, an emerging target for cancer immunotherapy, with some of this research recently published in Structure.

This ASBMB Fellowship will enable Dr Watson to travel to Vienna, Austria, to present her latest research at the 32nd European Crystallographic Meeting.

“I am honoured to receive an ASBMB Fellowship, and grateful to have the opportunity to discuss our recent discoveries on CD96 ligand recognition with experts in the European crystallographic community,” Dr Watson said.