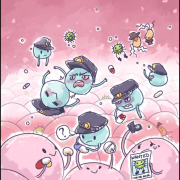 Understanding how HIV evades the immune system Scroll to top