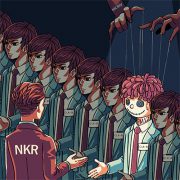 Australian scientists have solved a 40-year old mystery and shed light on an evolutionary arms race played out between cytomegalovirus (CMV) and the immune system.

Human CMV, also known as human herpesvirus 5, infects more than 50 per cent of adults worldwide and is the leading cause of birth defects in the developed world.

Research undertaken at the Monash Biomedicine Discovery Institute (BDI), within the ARC Centre of Excellence in Advanced Molecular Imaging, and published in the journal Cell, has unveiled why this particular virus has been so successful at lying dormant and undetected.

Dr Rich Berry, Monash BDI researcher and co-first author, said that while some viruses are loud and brash, announcing themselves with vigor and manifesting as obvious and severe symptoms, CMV is different.

Unearthing the basis of Autoimmune Disease Scroll to top