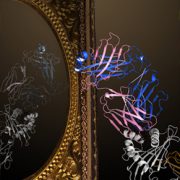 Congratulations to Jia Jia and Claerwen whose study on Rheumatoid Arthritis...

Congrats Wael on your ARC DECRA Scroll to top