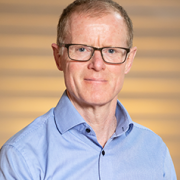 Monash academics named among the global top one per cent

Twenty Monash University researchers have been named as the world’s most influential academics in their fields as part of Clarivate’s list of Highly Cited Researchers for 2022.

The annual list identifies global research scientists and social scientists among the world’s top one per cent of researchers who have published the highest number of peer-reviewed scientific papers cited by other researchers in their work.

Two Monash University researchers from the Faculty of Pharmacy and Pharmaceutical Sciences, Faculty Dean Professor Arthur Christopoulos and Professor Patrick Sexton, were recognised among only 218 researchers globally across two fields: Biology and Biochemistry, and Pharmacology and Toxicology.

The Highly Cited Researchers 2022 list uses both quantitative and qualitative analysis to identify individuals from across the globe who have demonstrated significant and broad influence in their chosen field or fields of research.

The preliminary list of Highly Cited Researchers is drawn from the highly cited papers that rank in the top one per cent by citations for field and publication year in the Web of Science citation index over the past decade.

The methodology that determines the “who’s who” of influential researchers draws on the data and analysis performed by bibliometric experts and data scientists at Clarivate.

Clarivate recognised 7,225 researchers from 69 countries this year. Australia is ranked 5th globally for highly cited researchers, with 337 people on the list, representing 4.7 per cent of the total list. Clarivate notes this is remarkable for a country the size of Australia with 25 million people.

“This is global recognition of the exceptional influence and impact of Monash researchers. Not only does Monash have a wide range of disciplines represented on the list, but also those whose work crosses multiple disciplines.”

“We are proud to have so many researchers named in the top one per cent globally and this speaks to the quality of our researchers’ work, their collaborations and the influence they have in their fields.”

Congrats Praveena on the award of the ARC DECRA