Congratulations to Jamie who is again on the Highly Cited Researchers 2021 list of the world’s most Highly Cited Scientists, which is published annually by Clarivate Analytics.

From Clarivate: Recognising the true pioneers in their fields over the last decade, demonstrated by the production of multiple highly-cited papers that rank in the top 1% by citations for field and year in the Web of Science™. Of the world’s scientists and social scientists, Highly Cited Researchers truly are one in 1,000.

Of the world’s scientists and social scientists, #HighlyCitedResearchers are 1 in 1,000. Curious to know how they are identified? Read the 2021 Executive Summary: https://t.co/iJHGL7IU88
#HighlyCited2021 pic.twitter.com/t0RhghAtNq 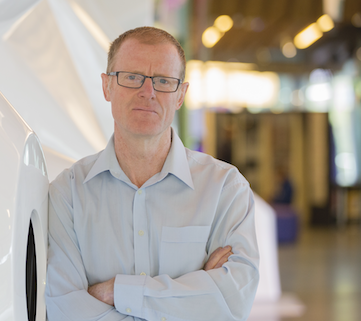 Congratulations to all of our researchers who have been recognised in the 2020 Highly Cited Researchers list.

The highly anticipated annual list identifies researchers who demonstrate significant influence in their chosen field or fields through the publication of multiple highly cited papers during the last decade. Their names are drawn from the publications that rank in the top 1% by citations for field and publication year in the Web of Science™ citation index.

The methodology that determines the “who’s who” of influential researchers draws on the data and analysis performed by bibliometric experts and data scientists at the Institute for Scientific Information™ at Clarivate. It also uses the tallies to identify the countries and research institutions where these scientific elite are based.

Monash Medicine, Nursing and Health Sciences have eight researchers in this list for 2020, which is the same number as 2019.

In both 2019 and 2020, Professor Rachelle Buchbinder is the only female researcher on Monash’s list.

Senior Deputy Dean and Director of Research Professor Ross Coppel said that the recognition of our researchers is a great achievement.

“It is a testament to the quality of our research and our researcher’s dedication to continue to deliver impactful research, despite all of the challenges they may have faced this year.”