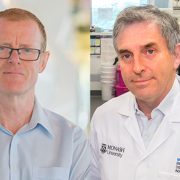 The interplay between diet, the microbiota and immunity

How T Cells recognise infection or disease Scroll to top