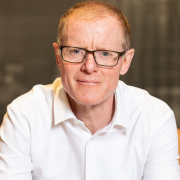 Professor Rossjohn will attend a ceremony in London in July where he will give a presentation of his work, sign the Charter book and be formally admitted as a Fellow.